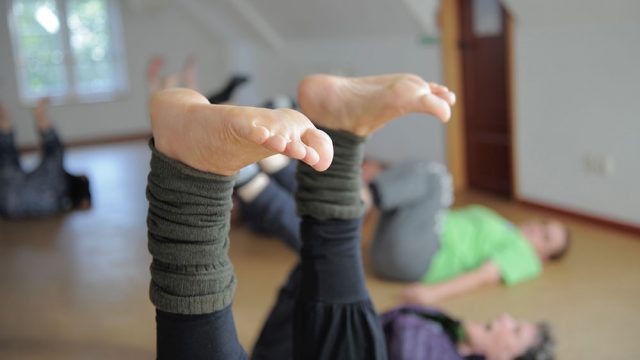 Celebrating its 10th Anniversary in 2019 Here We Are dance company in Hamburg evolved from a large-scale community dance project in Hamburg, Germany, that began in 2005 following the release of Royston Maldoom’s film ‘Rhythm Is It’

The first performance, CanDoCanDance initiated by Kontext-Hamburg was in the Schauspielhaus in Hamburg, the largest mainstage in Germany. Invited by Royston to create a disability-led performance alongside her fellow choreographers Tamara McLorg, Mags Byrne, Suz Broughton and of course Royston himself the work went on to be developed by Grone Netzwerk for a number of years under the banner of Making a Move

Here We Are is directed by Anke Böttcher, supported by Elbe Werkstadt, and wonderfully still includes some of the original dancers, including Anke, from the very first choreography in 2005. The company have created many original disability-led works and Janice continues to work with them on a regular basis.