Small Acts of Hope and Lament 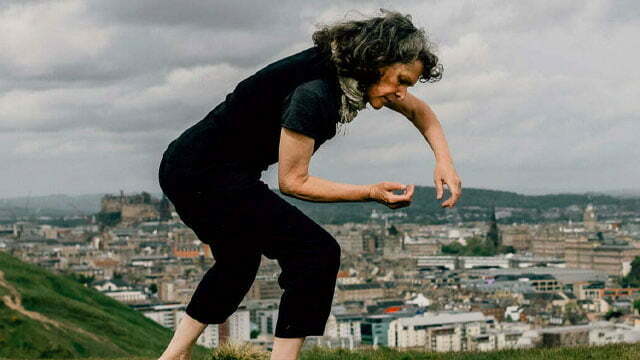 Small Acts of Hope and Lament is an on-going daily live practice – a deep connection between land and body, a solo ritual of kinship, connection and care. A way to rage and laugh and roar and delight.

The politic, purpose and practice of the work has led to a number of commissions – listed below. Each in their individual way and as a growing body of work, aim to:

claim, reclaim and expand our human capacity for expressive movement as a language, intelligence and knowledge base, and out-with and beyond the often codified and commercialised forms that currently dominate;

to find a love, joy and confidence in moving more fully and freely in the full volume of our bodies as a natural born right;

to advocate for parks and green space in the city as places and spaces of connection and belonging, in which to find strength and nourishment, health and wellbeing;

and to radically deepen human connection with nature, growing our respect and understanding and to come to know that we are also nature.

I dance to sense and to feel, and make art to share with others what I have come to know and understand, to share wonder and awe and possibility, and to continue to ask the big unanswered questions” 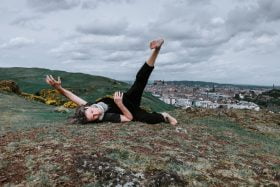 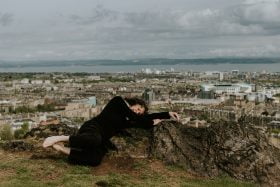 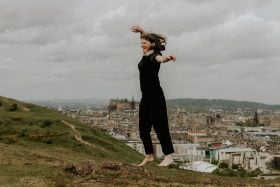 The work began in March 2020, the start of lockdown in Scotland, as a response to the times we were living through with Covid19 and the pandemic. If we were lucky, walking and moving in the outdoors alone was the one constant and consistent thing we could do and Janice took to Holyrood Park, in Edinburgh, her local neighbourhood park.

I began filming on my mobile phone in September 2020, and posting short clips of my movement on twitter – @janicemparker –  as a means to be in connection with people and as a way to share and encourage others to move more fully and freely in and with the green spaces that surround and hold us.

Since then in response to that twitter feed the work has generated more than could be imagined from such a quiet heartful gentle practice ::

As part of Turbulence / Emergence / Enchantment: A Compendium of Climate Literacies’ at Cove Park

Holyrood Park, for anyone of any experience level including folks who might feel daunted by life or by moving outdoors.

WHO WILL DANCE WITH ME WHEN I AM OLD?

SMALL ACTS OF HOPE AND LAMENT

A 35minute film created from original iPhone footage commissioned by and screened as part of THE EDINBURGH INTERNATIONAL FESTIVAL 2021 as part of DANCING IN THE STREETS.  Edit and sound-mix by Tao-Anas Le Thanh. Produced by Raw Material.

Janice Parker doesn’t usually perform – she’s a choreographer, facilitator and enabler of others. However, during lockdown, she began to dance daily in Holyrood Park (her local park) in what she refers to as “duets with nature”. She filmed herself on her iPhone 6 and the films became a series, shared on social media, called Small Acts of Hope and Lament.Parker has re-visited these episodic ‘sharings’ to create a new experience for the International Festival. For her live event she welcomes the audience to the space, shares the films and the poetic text that accompanies them. She creates an environment that expresses a love of movement and ordinary bodies, a love of nature and green spaces, and a love for what we were and are going through together. It’s a quiet radical act and gentle rallying call that marks a moment in time and a calling to the future”

FROM MY PARK TO YOUR PARK

Series of three short films, for CUMBERNAULD THEATRE, that encourage people to move and sit and be and connect with their local green spaces and parks

A field week topic as part of CREATING EDINBURGH with the University of Edinburgh. A course that brings together students from across the University to work together in interdisciplinary teams. It sets out from the seminar room to explore the city of Edinburgh, on foot and online, and offers students a unique opportunity to engage with the contemporary city as a site for new ideas, designs, and methods. PERFORMING EDINBURGH explores different types of performance in the city and investigating how the city performs itself in different ways

A new course with the ROYAL CONSERVATOIRE OF SCOTLAND. A collaboration between the Contemporary Performance Practice course and the Transitions programme based on conversation as an artistic research tool to explore current ideas, approaches and practices to more deeply understand positions beyond our own.  We began with the provocation “How can we reclaim the movement that is rightfully ours?” to create a series of podcasts based on our conversations sharing perspectives and knowledge – Podcasts available soon