traveller : one who proceeds or advances in any way 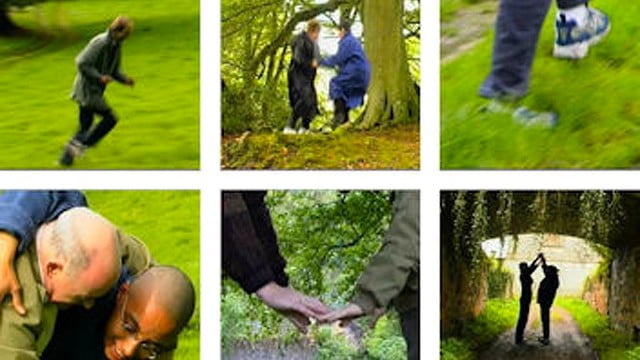 traveller dance were part of the Artlink, Edinburgh and the Lothians programme in Midlothian. Janice was programme director for Artlink Midlothian from 1998 until around 2006.  During that time Janice set up a disability-led company for learning disabled people interested in dance. There were no auditions, everyone who wanted to be part of it became part of it and influenced the work. This film, the first film made by anyone in the company, including Janice and Lucy Brown the film-maker (!), happened by accident as an invitation to Artlink from Euroline in Athens to attend their fledgling and at that time, radicle, workshop and conference programme. There was not enough money to take the company and the dancers out to Athens so Janice had the idea to make this film on the tightest budget ever. We screened the film in Athens and one of the dancers, Audrey Smith, came with us, and we garnered a standing ovation from the conference attendees. It feels strangely dated now (2019) but did much to change perceptions and expectations at the time. All the movement is the dancers own. Following a week of  exploratory r&d in a studio in Edinburgh’s DanceBase, we took to the fields and woodlands in a Private Estate in Penicuik, where the dancers are from.

After the success of the film traveller went on to create various other public performances including : Mahler’s 5th at Galsgow Tramway, On The Road at Glasgow Tramway and Shottstown Miner’s Club in Penicuik, Amplification and Restriction at the National Museum of Scotland, Person or Person’s Unknown with Alan Greig’s XFactor Company , and Take A Look At What is Actually There.