What Would Richard Do? 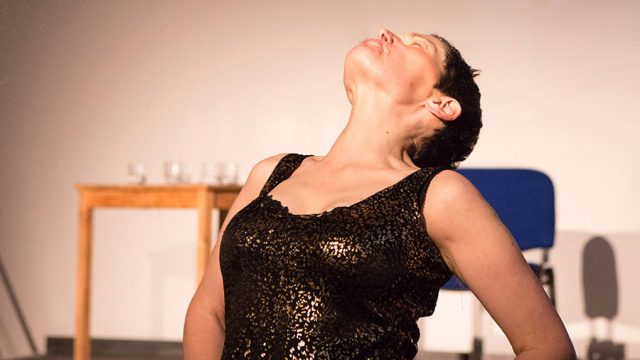 This is Janice’s first solo performance. Invitation, chance and mix-up heralded the arrival of this unexpected performance. At the age of 55, a series of mis-understandings and assumptions led to her being invited to perform as part of Buzzcut in Hunt and Darton’s Cafe as part of the 2013 Edinburgh Fringe . This was the beginning of her exploration of herself as performer as well as maker and creator.

In the circumstances, you might also need to ask yourself  – what would Richard do?

Janice performed the work again in 2015 as part of Buzzcut at the Pearce Institue in Govan and is looking forward to the possibility of further invitations.

“Janice Parker’s exquisitely low-key What Would Richard Do? considers where inspiration comes from and gently and generously plays homage to those who have influenced her, looking back but also forwards to a rising generation. Parker’s piece encompasses the spirit of Buzzcut where old and young, the established and those starting out are placed side by side. As they watch and learn from each other, you can see the sparks fly.”  Lyn Gardner, The Guardian, March 2015